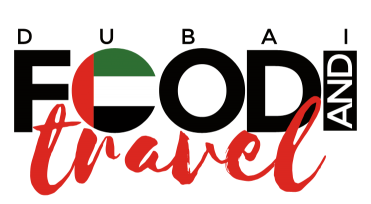 Although a very small place, Dubai offers a lot of scope for sightseeing. Dubai has deeply rooted Islamic traditions but at the same time, has a life style similar in many ways to other parts of the world.

Jumeirah Mosque – The best known illustration of modern Islamic architecture. The mosque has two minarets and a splendid dome and is one of the most popular spots visited by tourists.

Sheikh Saeed’s House – The house is situated near the sea. It was built by the Sheikh for getting a better view of shipping activities. It is an exquisitely designed structure which exhibits traditional architecture.

Bastakiya – This is an old district which gives you an idea of how Dubai used to look before the skyscrapers started to take over. It has very narrow lanes and lofty wind towers. Here you can also find the Al Fahidi Fort, which is the biggest concentration of traditional courtyard houses with wind towers.

Dubai Museum – This is one the tallest buildings in Dubai and is in the Al Fahidi Fort. It was built in 1799, and was used as a palace, garrison and prison. But later in 1970, it was renovated as a museum. It is breath taking with full size figures, colors and sound and lighting effects. One can experience scenes from the creek, traditional houses, mosques, date gardens, and marine life. There is also the magnificent underwater world of pearl diving.

Wonderland – This is a family fun park covering around eighteen hectares. There are lots in store for you including water attractions, speed slides, surf hills, wave pools, twisters and a cruise.

Magic Planet – This one is for children. It is an indoor entertainment house which has ten-pin bowling alley, a bungle jungle, electronic games and a mini putt. It is in the Deira City Center.

Parks and Gardens – There are a lot of parks and gardens all over Dubai. You can enjoy some of the largest parks in Dubai like the Jumeirah Beach Park, Dubai Creekside Park, Mushrif Park, Al Mamzar Park, and Safa Park.

Dubai World Trade Center – It is a marvelous structure with thirty nine floors and it houses the regional headquarters of many international corporations. It has a state of the art conference center and seven exhibition halls. By paying a small fee, you can have a fantastic view of the city from its viewing gallery.

Dubai City – Deira and Bur Dubai – the two parts of the Central Business District. They are connected by a tunnel and two bridges. They have all the necessities of an ultra modern city.

The Creek – a natural sea-water inlet goes through the center of the city. You will enjoy the creek most if you go across it by abra, an old traditional dhow, which goes across Deira to Bur Dubai.

Bait Al Wakeel – This was built by Sheikh Rashid in 1934. It was an office building at that time but now it has been turned in to a museum devoted to fishing and maritime traditions.

ABOUT US
Welcome to the country of a ‘Thousand Hellos’ and an exploration of the fascinating world of Vietnam. At Food and Travel Vietnam our horizons are broad, tastes electic and we love connecting others with the things we love about Vietnam. Simply, Food and Travel Vietnam is designed to be your first and last destination for all things Vietnam.

How to get your documents attested in Dubai

Do you Want to Ski in The desert?